A variety of genetic and genomic resources have been developed for the domestic cat. Each resources has added to the knowledge of the cat genome, aiding researchers in the development of the domestic cat as a model for human disease, improving the health of the feline itself, and also assisting forensic applications. All appropriate resources are welcome to be listed on this website – please submit addition resources that are novel or may have been overlooked.

Additional novel STR markers (~500) that are closely linked to genes have been developed for the domestic cat but are yet unpublished and were based on assembly “felcat3”.

STRs have been identified in silico from the genome sequence of the domestic cat (Version felcat4 (catChrV17e). To identify these STRS, di- and tetranucleotides repeats were selected as evenly spaced across all chromosomes, with repeat units 15 – 20 in length, and with a match score of 100%, implying a perfect repeat.

Although a variety of mutations have been identified in the cat that are associated with traits and diseases, the first large-scale identification of SNPs occurred with the initial 1.9X genome sequencing of the cat, which identified SNPs within the one Abyssinian cat used in the sequencing effort (12), detecting ~327 k SNPs. A second Sanger-based effort for cat sequencing included the same Abyssinian cat and single representatives from several breeds, a domestic shorthair and an African wildcat (Felis lybica caffra)(2). This second effort increased the cat genome coverage to 2.8X total and identified ~964 K SNPs within the domestic cats and ~ 900 K SNPs between the domestic cats and the wildcat. A more in depth NextGen sequencing-based effort was implemented with NIH funding by the Genome Institute of Washington University at St. Louis – led by Wes Warren, PhD. Pools of 4 individual cats from six cat breeds (Birman, Egyptian Mau, Japanese Bobtail, Maine Coon, Norwegian Forest Cat, and Turkish Van) as well as a pool of random bred cats from Asia and a pool of wildcats, were included in the sequencing effort for SNP discovery. Over 17 million SNPs were discovered across these cat populations.

In 2009, Hill’s Pet Food, Inc. donated $1,000,000 to the Morris Animal Foundation (MAF) for the development of genetic / genomic resources for the domestic cat. MAF developed a Cat Advisory Committee that suggested that the best use of these funds would be the development of a DNA SNP array for the domestic cat. The committee requested that Illumina, Inc. be commissioned to develop the cat array, which was released for use in February 2011. The donated funds produced 4,600 arrays that were awarded to the research community via competitive requests made to the Cat Health Network, which included support from the MAF, Winn Feline Foundation, American Veterinary Medical Foundation (AVMF) and the American Association fo Feline Practitioners (AAFP). GWAS and array-based studies are in progress for the domestic cat using the Illumina Infinium iSelect 63K Cat DNA Array.

The complete list of the SNPs on the Illumina Infinium iSelect 63K Cat DNA Array can be found in this Excel file “Cat array SNPs” and is available from a “Dropbox” that has been established by the Lyons Feline Genetics Laboratory at UC Davis. Request access to the “Dropbox” by sending an e-mail to Leslie A. Lyons, PhD – lyonsla@missouri.edu

To develop the cat DNA array, ~9.55 million SNPs from the three combined genome seqeuncing efforts were submitted to Illumina to produce an ~63K array. The submission criteria included: avoiding rare SNPs, SNPs near repeats or within duplication sites, SNPs with more than one allele and SNPs only found in Cinnamon, the Abyssinian cat used for the genome sequencing of the cat. Approximatley 5,000 SNPs that were identified in the wildcat were also submitted as well as phenotypic SNPs and SNPs that suggested phylogenetic importance in felids. 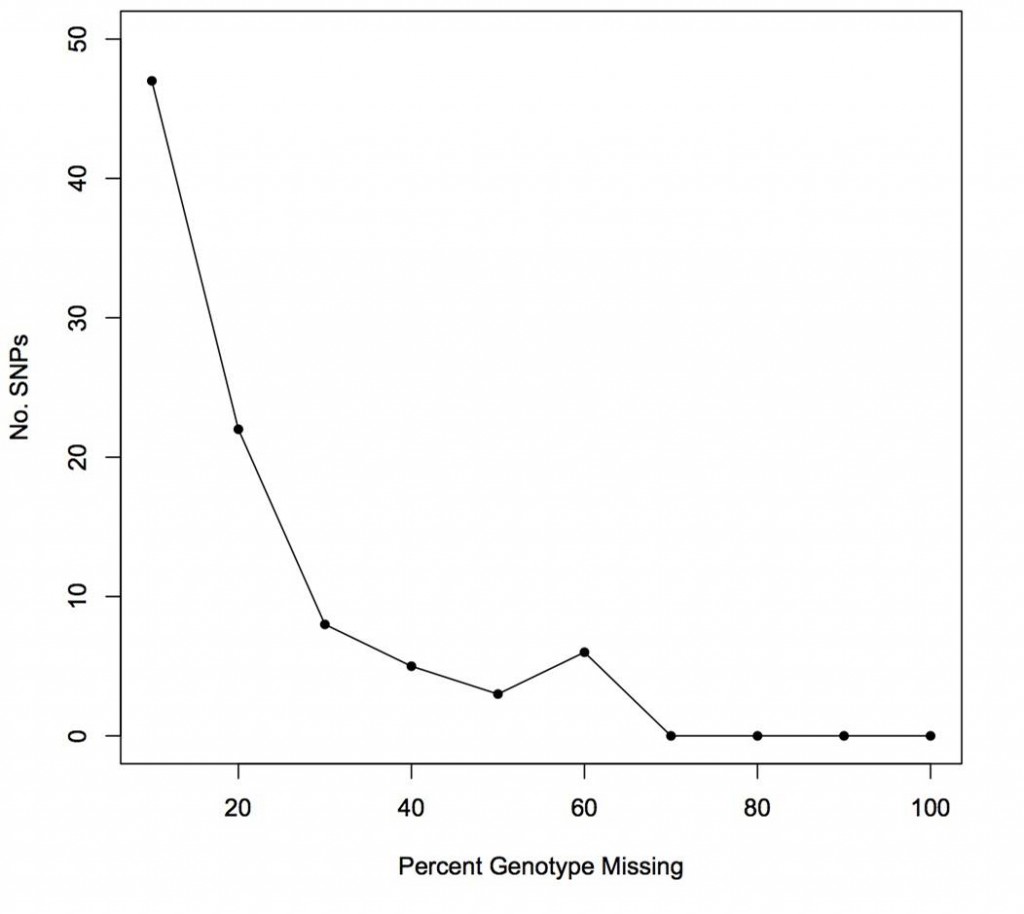 *Wildcat SNPs were distributed on different chromosomes, including the X and unassigned contigs.

*Breed cats also included one Bengal and one American Curl within the 5 trios.

GWAS and array-based studies are in progress for the domestic cat using the Illumina Infinium iSelect 63K Cat DNA Array. A “Dropbox” that has been established by the Lyons Feline Genetics Laboratory at UC Davis for access and sharing of the cat array data. Request access to the “Dropbox” by sending an e-mail to Leslie A. Lyons, PhD – lyonsla@missouri.edu. This“DropBox” includes an Excel file “Cat GWAS Signalment” that has the basic signalment of the cats used in the GWAS studies.